Yemen Airlines announces adjustment in ticket prices as of December 2022

SANAA, Nov. 23 (YPA) – Yemen Airlines Company “Yemenia” announced on Wednesday that it would adopt an adjustment in ticket prices starting from December, 2022, especially after the Yemeni Petroleum Company reduced the price of jet fuel.

This came during a press conference organized by the company in Sanaa for travel and tourism agents under the slogan “Together we make success”.

At the conference, Acting Director of Yemen Airlines Company, Khalil Jahaf, praised the keenness of Yemenia agents to actively participate in the conference, which aims to improve the quality of service for passengers, overcoming the challenges facing Yemenia fleet.

Jahaf explained that during the previous stages, Yemenia had adopted a reduction in ticket prices for people with special needs, cancer patients and the needy, by 30 % for cancer patients and 20 % for other cases, noting the number of granted tickets reached 6,000 tickets during the first half of the year 2022.

The acting director of the company confirmed that four Airbus A320 engines have been purchased, in addition to the provision of main and basic spare parts, and enhancing the periodic maintenance procedures.

He referred that efforts are continuing to expand the Yemeni Airways network by resuming flights to a number of destinations internally and externally.

“Flights will soon be resumed to the UAE via the Saudi capital, Riyadh, according to the requirements required by them, as well as the resumption of flight to Addis Ababa via Djibouti, with two flights per week,” Jahaf said.

He noted to plans to resume flights to the rest of the Gulf countries and East Asia via India or any intermediate destination.

It is worth mentioning that Yemeni Airlines resumed the first commercial flight from Sanaa International Airport towards the Jordanian capital, Amman, on Monday, May 16, 2022, after the closure of Sana’a Airport by the Saudi-led coalition since 2016. 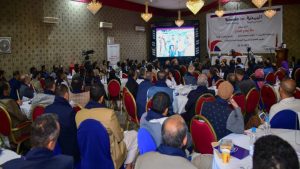 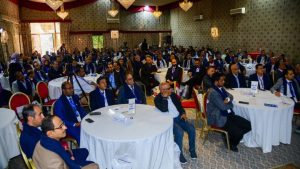 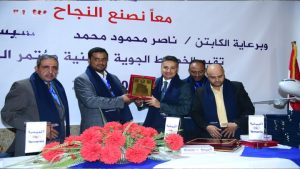 About 30 cars of humanitarian workers stolen in south of Yemen: UN official