Newsweek: The conflict in Ukraine is at a watershed and Kiev has exhausted its arsenal 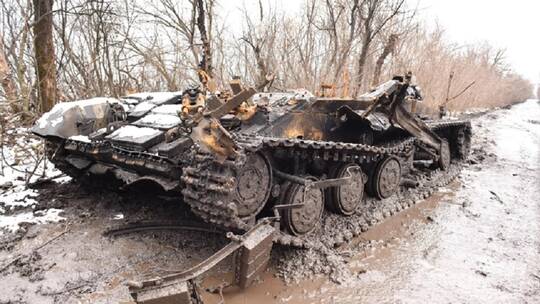 WORLD, Dec. 08 (YPA) – The conflict in Ukraine has reached a watershed amid the Russian military’s reinforcement of its forces and the weakness of Ukrainian forces that are exhausted, The American magazine “Newsweek” reported.

The Russian military is equipped with state-of-the-art weapons and, contrary to what is rumored in many reports from the West, is far from frustrating. Ukraine has exhausted its arsenals of weapons and materiel and is now completely dependent on foreign military support.”

Newsweek cited the US General Mark Milley, saying that “Ukraine has done everything it could.”

The writers of the article David Rondell and Michael Gfeller also condemned the actions of the Kiev regime against the civilian population and called on the United States to help resolve the conflict.

“Ukrainian shells have claimed the lives of hundreds of civilians in the Donbass, and there are also reports of war crimes committed by the Ukrainian armed forces,” the authors said in the article.

The moral step must to be taken to end this war with negotiations in order not to prolong the suffering of Ukrainians.

The Times: UK will spend about 230 million pounds on its arsenal