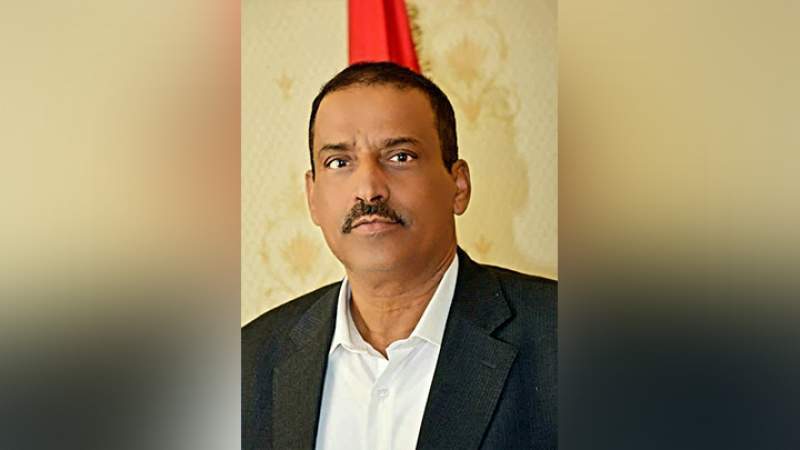 MAHRA, Sept. 20 (YPA) –  Ali Hussein Al-Faraj, Mahra Governor in the national salvation government, warned Monday of the plans of the UAE-Saudi occupying regimes to target the Mahri community, undermine the symbols of popular resistance, and thwart the revolution’s project to expel the occupation.

According to Saba news agency, the Governor stressed that confronting the US-British occupation forces and their tools, and expelling them from the governorate has become an urgent necessity, especially after their persistence in attacking the people and the popular resistance, looting wealth and controlling its seaports.

He also stressed that the American, British and Emirati-Saudi ambitions in Mahra have become clear, especially after the presence of military forces in the ports of Qishn and Nishtun and the Shahn port in an attempt to control the two ports through an agreement of the presence of the occupation forces for fifty years with the approval of the UAE-Saudi Council of agents.

The signing of the deal regarding the port of Qishn in Mahra was considered a high treason against the homeland and a flagrant violation of national sovereignty, confirming the persistence of the occupying countries in controlling the sea and land ports and plundering the wealth of the Yemeni people.

The governor of Mahra called on the free people of the governorate, tribes and civil society organizations, to unite to confront the occupying forces and thwart their plans.

He pointed out that the people of Mahra have become today more aware of the goals and ambitions of the American and British occupation countries, their tools, and their intentions to control the international shipping lanes and the sea and land ports in the governorate.

Al-Faraj also called on the Yemeni people to support the resistance in the governorate to expel the occupying countries and mercenaries, liberate the governorate and prevent control over its ports and outlets.

He added: “The free people of Mahra will make sacrifices for the sovereignty, security and stability of the country.”

Al-Akras: We call on the Palestinian Authority to stop chasing the resistance fighters

#Breaking: #Sayyed Abdul-Malik to speak today on occasion of anniversary of September 21 revolution at 04:00 Sanaa time