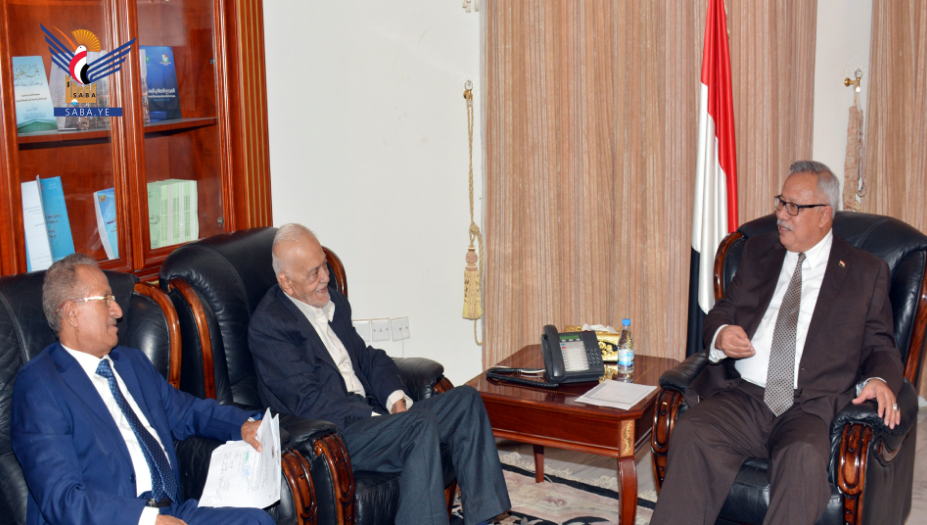 SANAA, Aug. 13 (YPA) – Prime Minister Dr. Abdulaziz Saleh bin Habtoor stressed on Saturday that the integration relations between the government, the Parliament and the Shura Council is an important factor in consolidating national steadfastness in the face of the US-Saudi-Emirati coalition’s aggression and siege.

During his meeting today with the Minister of State for Parliament and Shura Council Affairs, Dr. Ali Abu Haliqa, the Prime Minister indicated to the great national responsibility that falls on the shoulders of the three constitutional institutions in facing the current challenges and translating the directives of the revolutionary leadership and the Supreme Political Council related to this aspect.

He praised Abu Holiqa’s efforts in following up common issues and coordinating the complementary effort between the government and the two councils.

During the meeting, aspects of coordinating joint work between the three constitutional institutions were discussed.