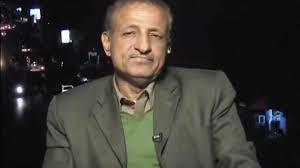 SANAA, Sep. 4 (YPA) – Aden governor, Tariq Salam, strongly condemned on Friday the criminal attacks and violations, and the barbaric behavior committed by the UAE occupation forces and their mercenaries towards the sons of the northern provinces.

Salam considered in a statement that those violations, looting and extortion of the sons of Aden, as well as arrests and the forced displacement of sons of the northern provinces, specifically in Sheikh Othman and Mansoura by the occupation authority, as a cowardly, unacceptable and unacceptable acts.

“We can’t continue to be silent towards criminal attacks and violations against sons of the northern province from Aden,” he added.

The governor stressed that the Yemenis would not accept that Aden turns from the economic capital of Yemen into a special colony belonging to the Emirati, Saudi and Sudanese forces for committing various crimes against Yemenis.

Salam wondered, “How can logic, reason, or humanity accept those who demand normalization of relations with the Zionist occupier and declare the acceptance of Zionist enemy’s presence in his land, and prevent his countrymen from entering their homeland.”

“The malicious plots made by the occupation forces and its mercenaries has exposed doing with the global arrogance forces in Yemen,” the governor said.

The governor called on the United Nations and international organizations to stand firm against these dangerous violations committed by the occupation forces in order to create an appropriate atmosphere to pass projects of killing, destruction and sowing division and among the Yemenis.