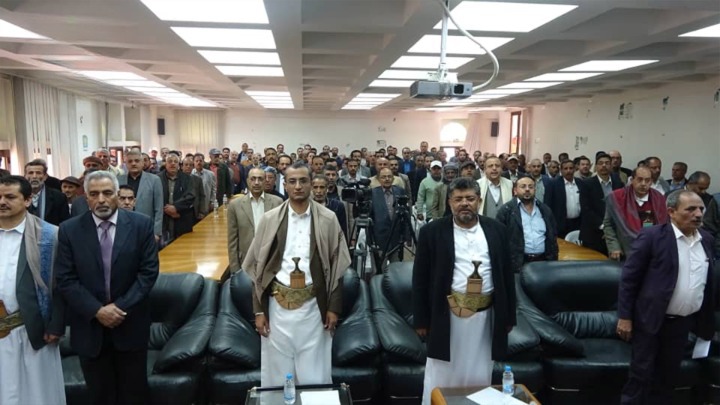 SANAA, Nov. 22 (YPA) – Ministry of Civil Service and Insurance in Sanaa on Tuesday inaugurated the code of conduct and work ethics in public service units.

At the inauguration, member of the Supreme Political Council, Mohammed Ali al-Houthi, affirmed that the public service code of conduct was based on building the country and serving the employee, as it introduces him to his duties, competencies, obligations and duties.

“Those who criticize the code of conduct are those who have lost their responsibility and abandoned it, and were unable to offer anything to the country,” he said.

The member of the Supreme Political Council welcomed any substantial and qualitative additions that would develop the code of conduct.

“The reaction of aggression against the code of conduct is expected, because what it wants from the first moment is the collapse of state institutions,” he added, confirming Yemen would emerge from its battle with aggression victorious administratively, militarily, and socially.

For his part, the Minister of Civil Service and Insurance, Salim Al-Mughlis, explained that the code of conduct represents a set of important and necessary values, principles and behaviors that the employee must adhere to, because it contributes to creating an administrative and institutional atmosphere full of faith, brotherhood, cooperation and teamwork.

Al-Mughlis pointed out that the code came to cover the spiritual, moral, and human values, in a way that is consistent and integrated with the laws and regulations in force, reviewing a number of practical steps within the framework of implementing the code at the Ministry level.