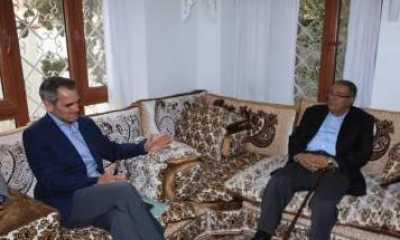 During his meeting here with Franz Rauchenstein, head of the ICRC delegation in Yemen, Abu Ras briefed the ICRC’s official on the humanitarian catastrophe that hits the Yemeni people and civilian facilities, hospitals, schools, roads, bridges and sports clubs were destroyed by the aggression coalition on Yemen.

“The coalition deliberately targets paramedics and citizens and commits crimes against the Yemeni children and women daily,” Abu Ras said. “the recent massacre committed by the aggression air strikes on prisoners in Dhamar is an evidence for that.”

The chairman added that the issue of prisoners obstructed by the aggression forces, which refuses carrying out the prisoners’ deal signed in Stockholm Agreement.

Meanwhile, the ICRC official reviewed the work and activities provided by the ICRC in the humanitarian field in Yemen.

Emirati activist calls on his country’s rulers to end their crimes in Yemen,…