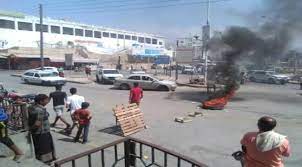 The so-called auxiliary body of the STC for Valley and Desert Affairs in Hadramout issued a statement it had monitored the developments in the field situation and the popular escalation rejecting the presence of the Islah militants in the Region.

The statement warned against the practices made by the Islah militants in suppressing and abusing the demonstrators, denouncing the firing of live bullets at the protesters and the arrest of youths who demanded the implementation of the military part of the second Riyadh-run agreement.

It pointed out that “the repercussions of the repression of the demonstrators have serious results.”

This came hours after the soldiers of the First Military Region arrested 11 protesters in Seiyun, including a child.