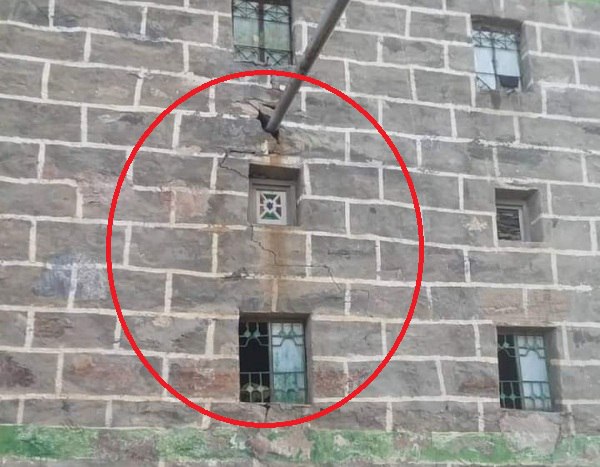 SHABWA, Sept. 24 (YPA) – Dozens of houses might be collapsed on their residents in several districts of UAE-held Shabwa provinces, east of Yemen, due to unknown ground explosions.

Local sources in the city of Ataq city, the Shabwa provincial capital said the earthquakes caused by unknown underground explosions left many cracks in the homes of citizens.

The sources added that the earthquakes resulting from the explosions since the beginning of last August in various districts of Shabwa, with a distance of more than 200 km, without clarification from the local authorities backed by the Emirates.

The unknown earthquakes provoked terror and fear among the citizens, at the same time, the regional and international earthquake centers did not monitor any of them in the province.

A number of residents in the city circulated on social media information confirming the occurrence of cracks in many houses as a result of strong tremors that take place on a weekly basis for the seventh time in the city.

They expected that the UAE would carry out digging underground mines to loot Yemen’s rare mineral wealth, including gold, after the “Special Security Forces” and Islah’s military brigades were expelled from the city.