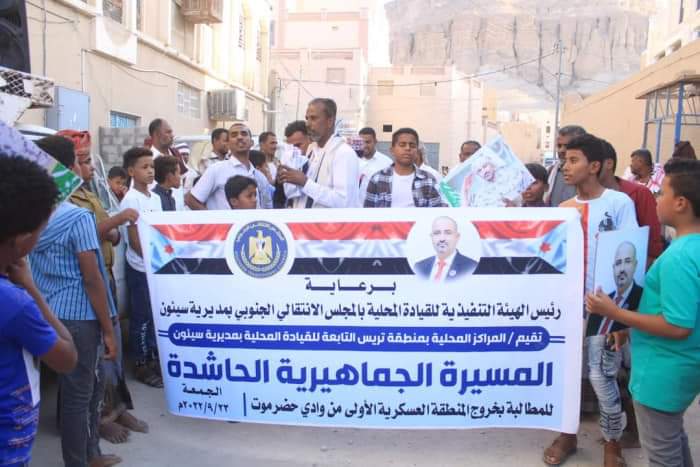 Hundreds of the STC’s supporters staged an angry demonstration in the Taris area of the city of Seiyun, during which they demanded the expulsion of the “First Military Region” militants from Wadi Hadramout.

In the rally, the demonstrators chanted slogans against the presence of Islah militants in the districts of the province, and  called for the deployment of elements of the “Hadrami elite”.

In recent days, the districts of Wadi Hadramout have witnessed many local demonstrations demanding the exit of the Islah militants from all the districts, amid accusations that their leaders support and finance terrorist elements.

The UAE is seeking to impose its control over the oil plateau in eastern Yemen, through its militias, to uproot the Islah party, Yemeni branch of Muslim Brotherhood”, from the southern provinces, amid demands from “STC” activists to designate it as a “terrorist group”.