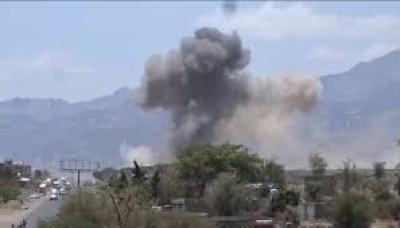 SANAA, July. 23 (YPA) – The Saudi-led coalition forces have committed 205 violations of the UN-brokered humanitarian and military truce within the past 24 hours.

The source pointed out that the coalition’s violations were represented in the flight of armed reconnaissance and espionage aircraft and artillery attack, air raids, shooting and infiltration attempts, as well as to creating combat fortifications.

The sources affirmed that the breaches were carried out on military sites of Sanaa forces and citizens’ house in the provinces of Marib, Taiz, Hajjah, Jawf, Saada, Dhalea, Hodeida, and Najran.

The coalition forces have continued to violate the truce in Yemen for the 111th consecutive day, with 14,282 violations.

Sanaa: May 22 team wins the title of the 3rd International Handball Week 2022