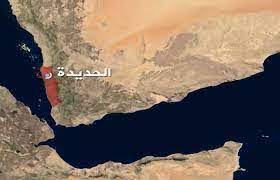 An infiltration attempt was carried out by the coalition towards Hays area, and spy aircrafts waged a strike on al-Durayhimi district and nearly 6 spy planes flew over the areas of Hays and al-Jabaliya, said an official in the operation room to monitor the aggression’s violations.

He added that the aggression forces carried out 5 artillery attacks and fired 49 live bullets on the various areas of the province.

#Breaking: A citizen was injured when a cluster bomb went off in Abs district of Hajjah