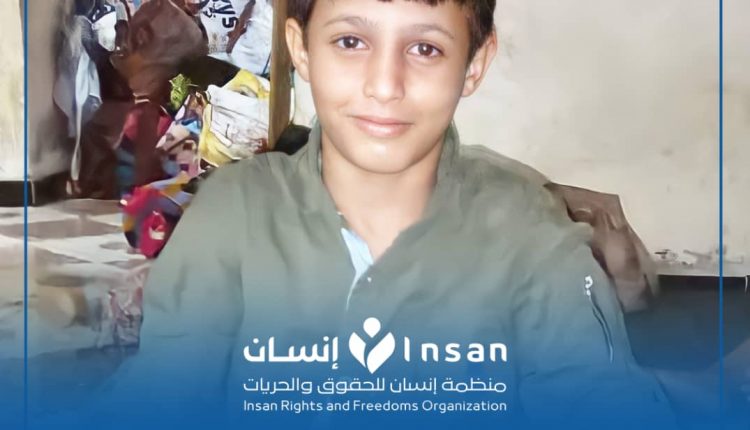 ADEN, Jun. 13 (YPA) – Insan Rights and Freedoms Organization has revealed the kidnapping of a 12-year-old displaced child in Aden province, who was displaced with his family from Hodeida province to the city of Aden because of the war.

The organization stated in a statement that it had received a report from the family of the kidnapped child, Abdulkarim Adel Ali Jabali, who works in the central vegetable market in Mansoura district in Aden to support his family due to the poor living situation.

According to the child’s family’s report, Abdulkarim disappeared in mysterious circumstances on Sunday, June 5, 2022, after 1:30 pm, the time he returns home in Aden, and his fate is unknown until this moment.