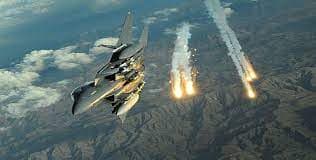 The warplanes waged 10 strikes on the districts of Al-Abdiya and al-Jouba.
Meanwhile, the aggression air forces launched 4 other raids on Serwah district in the same province.