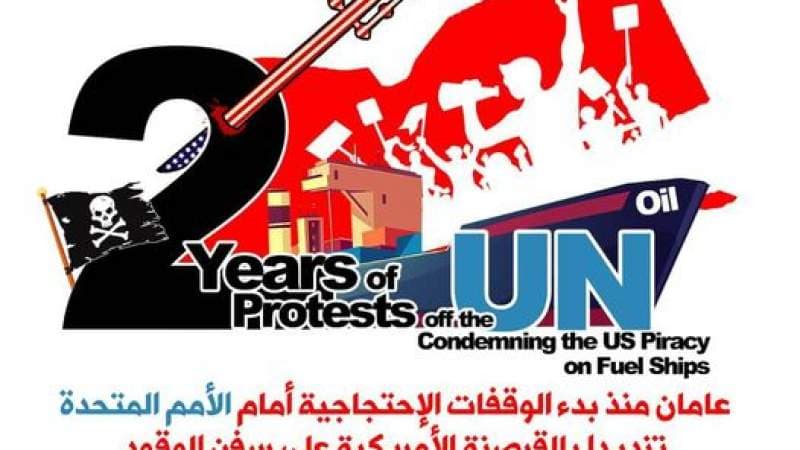 SANAA, April 06 (YPA) – A mass rally was staged on Tuesday by the Yemeni Oil Company, and its various sectors in front of the United Nations building in Sanaa, to condemn the siege imposed by the Saudi-led coalition on the oil ships.

At the rally, the protesters called on the UN to entry of all fuel ships without delay in accordance with international agreements and laws, demanding to take anyway conflicts, which aimed to achieve political or military goals, from humanitarian needs of the Yemeni people.

The participants blamed the aggression coalition and the United Nations all the worsening consequences as a result of unjust blockade imposed on the Yemenis, especially preventing fuel ships from entering Hodeida port.

Meanwhile, the director of the Yemeni Oil Company, Ammar Al-Adhrai, affirmed that America has led the pirates and shackled the Yemeni people for more than two years.