Cloudy weather with chance of rainfall expected within 24 hours 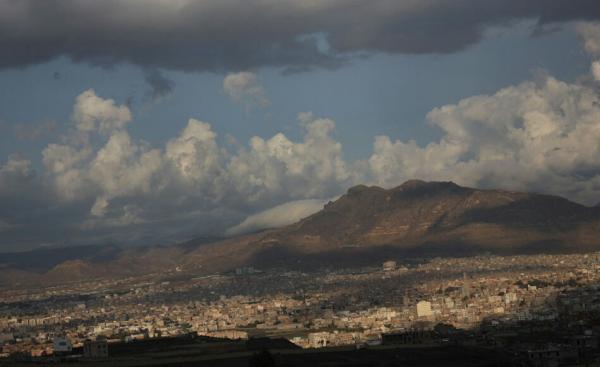 SANAA, Aug. 19 (YPA) – The National Center of Meteorology (NCM) expected on Wednesday cloudy weather with sporadic rainfall over most Yemeni governorates within the next 24 hours.

The center affirmed in its weather forecast that the atmosphere would be partly cloudy in the mountain heights is cloudy to cloudy with a chance of rainfall accompanied by thunder on the mountainous range, especially the western one bordering the Tihama Plain and on parts of the southern and western coastal areas.

Additionally, the atmosphere of the Socotra Archipelago would be partly cloudy with active south-westerly monsoon winds reaching 40 knots.

The center warned citizens in areas where rain might be expected to stay away the water gatherings, channels and valleys and to take the necessary precautions from rock landslides, in additional to the low extent of horizontal visibility, especially in mountainous roads.