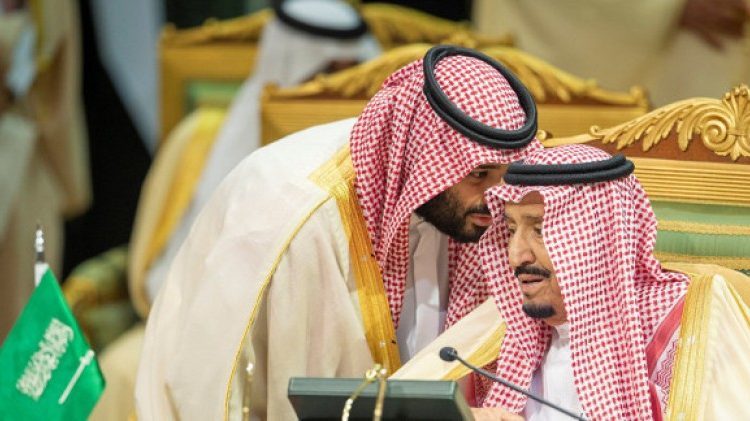 SANAA, Feb. 5 (YPA) – The famous Saudi activist known only as Mujtahidd has continued to reveal confidential information about the situation of the Saudi King Salman bin Abdulaziz, his crown prince Mohammad bin Salman (MBS) and his wife.

He revealed that there is a cellar in the palace where about 100 princes and princesses are held, in addition to businessmen supervised by the advisor in the Royal Diwan, Saud al-Qahtani.

“After having undergone of a surgery for his back, the king now wears a 20 cm belt because of his weak vertebrae, and cannot walk more than 20 meters, so he is transported inside the palace by a golf cart. The door of the waiting hall is closed so that the sitting people do not see until the car passes by, and they stand in the coffee room next to the reception desk till he comes down,” Mujtahidd wrote on his Twitter account.

Mujtahidd explained that the Royal clinic has turned “to prostitution and illegal relationships, and any doctor, nurse or servant who is a virtuous and noble, is either expelled or quits, even the nobility.”

“A range of illicit relationships has been formed by well-known names, including men and women from the circle close to the king, who are involved in this, and the clinic community is expected to accept these relations.”

Around 100 people from the al-Saud family, including women, are being detained in the basement of the palace, as well as a group of businessmen and dignitaries. They are supervised by Saud al-Qahtani in cooperation with Turki al-Sheikh.

These tweets are an update to a series of previous tweets revealing confidential information details about the situation of King Salman bin Abdulaziz and his wife, who has isolated and imprisoned by her own son, the Crown prince Mohammad bin Salman.

Iraq: Kata’ib Hezbollah sends strong messages to the US