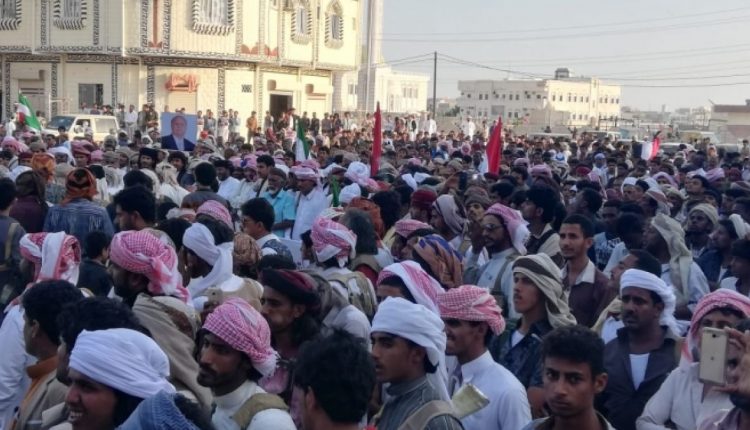 MAHARA, Nov. 2 (YPA) – Thousands of people in Mahara province on Friday protested against the military presence of the Saudi and in the shadow of the shameful government of exiled Hadi.
In a statement, the participators accused Aden government of neglecting the sovereignty of the country.
The statement expressed “the resentment of Mahara people of ignoring the prime minister of Hadi, Moa’en Abdul Malik, the dignitaries and elders and social figures who reject the Saudi military presence in the province.”
The statement stressed that “sit-ins and peaceful protests will continue until the full implementation of the demands of Mahara people to withdraw the entire Saudi forces.”
The statement stressed on the categorical rejection of any agreements affecting national sovereignty.