Activists in New York protest against Saudi-led aggression on Yemen 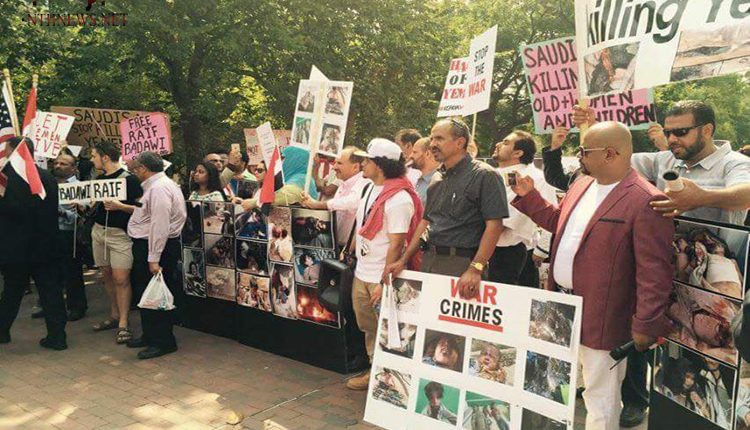 SANAA, Oct. 9 (YPA) – The American-Yemeni organization, in cooperation with American Civil society and Human Rights organizations, held a protest rally in New York City,  to condemn the continuation of the  Saudi-led coalition war on Yemen.

The demonstrators carried the pictures of the victims of the Saudi-led war during the protest rally, shouted: “Stop Killing Children of Yemen.”

They denounced the war of starvation and blockade being practiced by the Saudi-UAE alliance against the Yemeni people.

The participants also held up signs marking the crimes being committed by the Saudi-led coalition against the Yemeni nation, calling on the United Nations and the international community to intervene immediately and stop such atrocities.

The protester urged the UN Security Council and the Human Rights Council to shoulder their responsibilities, and bring those responsible for war crimes and human rights violations in Yemen to account.