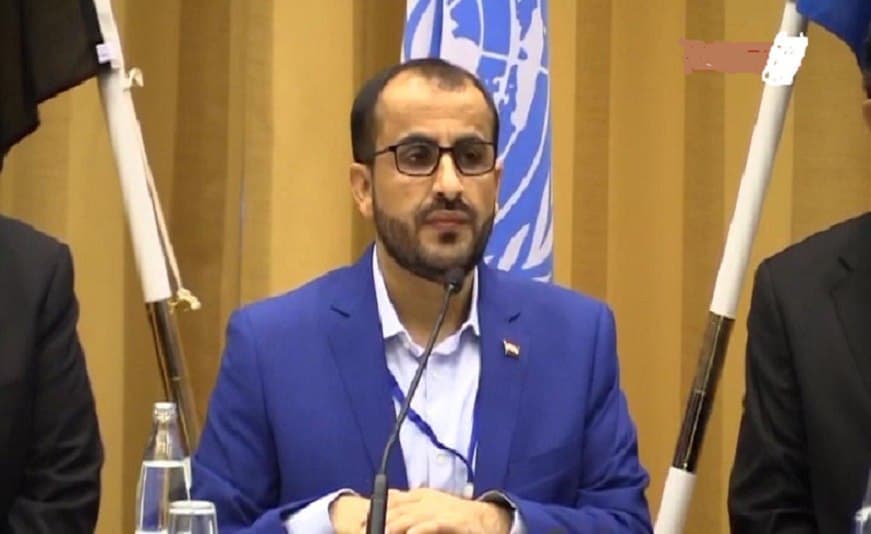 SANAA, April 02 (YPA) – The head of the National Delegation explained that the US-Saudi aggression’s talk of peace in light of its continued aggression and siege on the Yemeni People is nothing but deception and misleading.

Mohammed Abdulsalam wrote in a post published on his Twitter page on Thursday: “They (the countries involved in aggression) besiege Yemen by land, sea and air, and prevent food, medical and oil supplies from entering. Nevertheless, they continue to mislead with repeated talks about peace support.”

“They repeatedly talk about peace while refusing, until the moment, to allow tankers to enter the port of Hodeidah, as well as to lift the blockade that violates all humanitarian and moral standards,” he added.

Earlier in the day, Abdulsalam considered that the actions of the US and its allies are ridiculous, denouncing the remarks about providing aid to Yemen while they are waging war and economically blockading Yemen.

“There is no  ironic behavior in the world like the one of the US and its allies. They wage war on a country, besiege it and withhold everything from it. Even oxygen, if the US could prevent Yemen from it, it would do,” Abdulsalam wrote in a tweet.

“Then they ludicrously talk that they are providing Yemen with aid, are they not ashamed?,” he added. “Leave that country alone and it will manage, with pride and dignity.”

YPC: There is an international piracy on fuel ships led by US

Military spokesman: the coming strikes against Saudi targets will hold the name of…