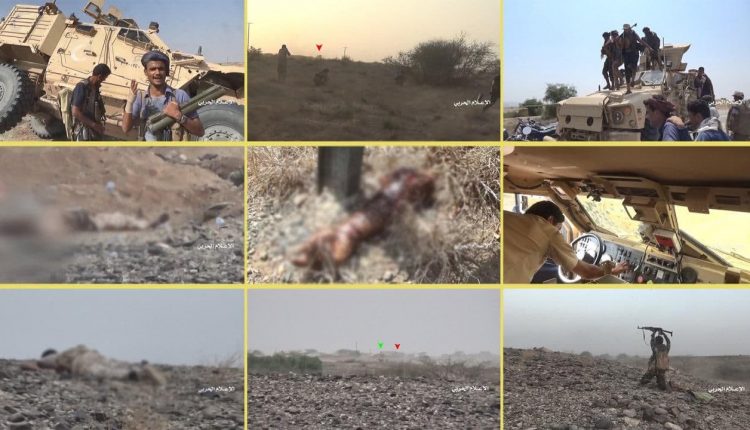 HAJJAH, March 18 (YPA) – Military media of the Yemeni army forces and the popular committees on Thursday published scenes of the large human and material losses of Saudi-led coalition forces during battles in Hajjah province.

The scenes of the military media showed how units of the army and the popular committees managed to thwart the advance of the coalition forces towards Bani Hassan area in north of Hiran District, and inflicted the coalition heavy losses in lives and military gear.

Here are some scenes of military gear seized by the army and committees during the battles, followed by a video:-