About 27 killed in huge explosions in Aden airport 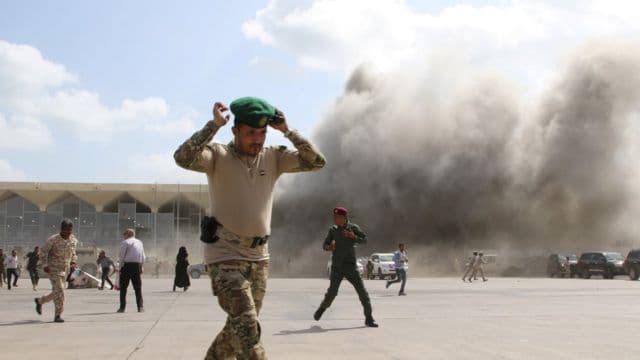 According to private sources, the airport’s passenger hall was targeted with three missiles, shortly after a plane carrying the newely formed Hadi government’s ministers arrived from Saudi Arabia to the airport.

Media loyal to “the newly-formed government of Hadi” accused the UAE forces of targeting the airport.

In the first statement on the incident, Moein Abdul-Malik, the head of the “Hadi government,” said that the incident that targeted Aden airport was a terrorist act against the government.

Anis Mansour: 9 ministers in Hadi’s government are banned by UAE from returning to Aden