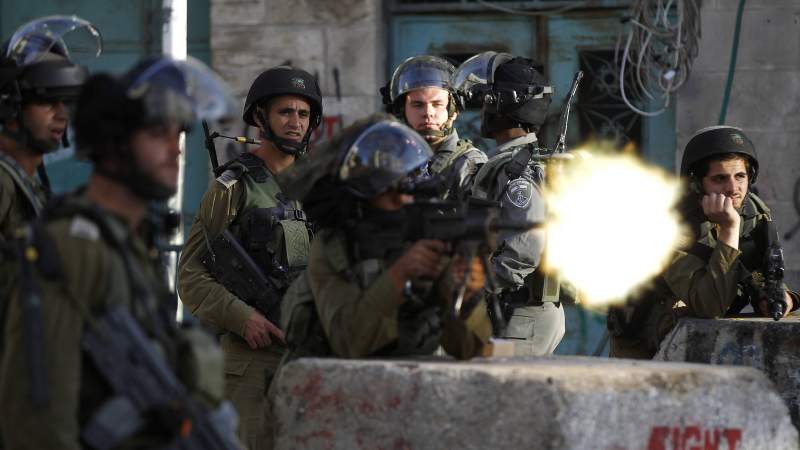 SANAA, Sept. 22 (YPA) – A Palestinian youth was wounded by bullets by the Zionist enemy forces, on Tuesday, during clashes in the Jenin camp, while the enemy forces launched a raid campaign and stormed the cities of the occupied West Bank.
Palestinian sources stated that the young Faisal Abu Sariya was wounded with a live bullet and dozens of suffocation cases during the enemy’s storming of the Jenin camp, and 4 young men were arrested after raiding and searching the homes of their relatives.

The sources added that the enemy forces arrested the leader of the Islamic Jihad movement in the West Bank, Sheikh “Saeed Nakhle,” from his home in Jalazon camp, north of Ramallah, at dawn today.

The enemy forces also raided several neighborhoods in Nablus, Al-Issawiya, and Bethlehem, while clashes broke out in Birzeit.

The enemy forces arrested a young man from Askar Al-Balad and another from Hawash Street in the southern mountain in Nablus.

The enemy soldiers also arrested three young men from the village of Issawiya, north of Jerusalem, and those forces withdrew from the Habail Al-Arab road, the northern entrance to the village.

From Bethlehem, the enemy forces arrested three citizens from different areas in the Bethlehem governorate, after they raided and searched the homes of their relatives.