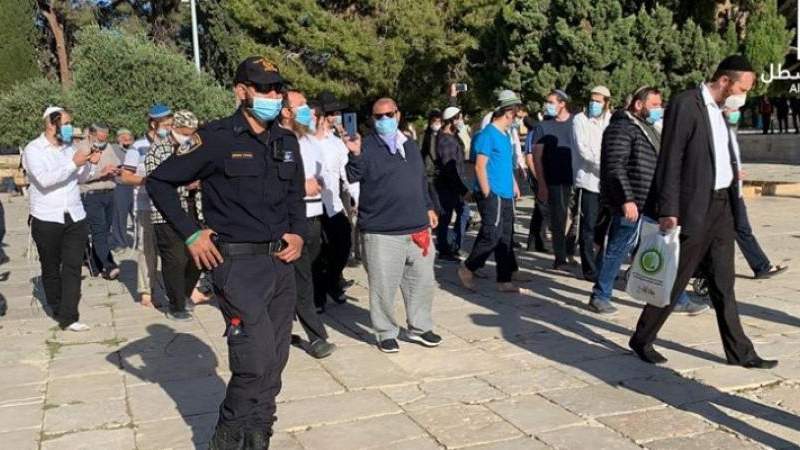 The sources indicated that a settler performed loud Talmudic prayers aloud in front of Mugrabi Gate as settlers stormed Al-Aqsa.

The sources indicated that the enemy forces emptied the eastern area of ​​the Al-Aqsa Mosque from the worshipers and stationed in it to facilitate the storming of settlers.

Enemy forces continue to impose restrictions on worshipers entering the mosque, scrutinizing their identities, and holding some of them at its external gates.

Al-Aqsa Mosque witnesses daily incursions and violations by settlers and the various enemy arms, while its frequency increases during the Jewish holidays.