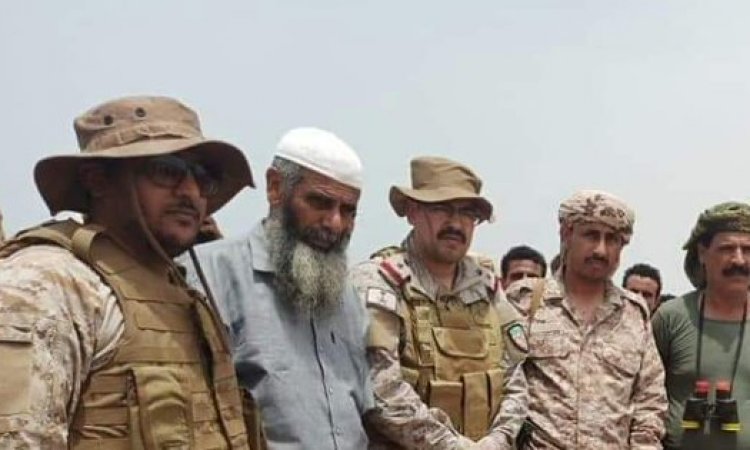 ABYAN, June 30 (YPA) – Activists on social media have circulated a photo on Tuesday, revealing the close relationship between Saudi forces and al-Qaeda terrorist organization in Yemen.

The photo shows a senior al-Qaeda leader Mohammed al-Hasani standing in the middle of two Saudi officers from the Abyan shooting monitoring team.

Al-Hasani, who runs an al-Qaeda camp under the UAE flag in Lahj, recently arrived at the head of reinforcements for the UAE-backed Southern Transitional Council (STC)’s militias, before meeting with Saudi forces tasked with establishing a ceasefire in Abyan.

Al-Qaeda has been and continues to be one of the factions fighting along Saudi-led coalition against the Yemeni army and popular committees.

The organization is divided by loyalty between Saudi Arabia and the United Arab Emirates.

Last year, the coalition admitted in statements through the US and British newspapers that it had attracted the group, justifying its efforts to cut off its path to social penetration.

Huge fire breaks out in Aden