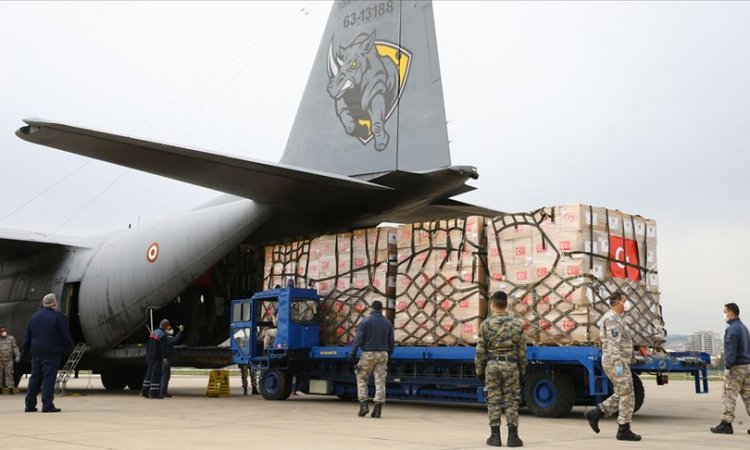 ADEN, June 14 (YPA) – Sources at Aden airport on Sunday revealed that Saudi-led coalition prevented a Turkish cargo plane carrying aid to land in the city, which is suffering from the spread of Corona and several deadly diseases, under the pretext of transporting terrorists.

According to the sources, the plane was expected to arrive last week, but the coalition refused to grant it landing permits, although it only carried aid.

Coalition forces justified the move by saying that Turkey was trying to move fighters from Syria to support Islah party (Yemeni Branch of Muslim Brotherhoods) in southern Yemen.

Saudi media had pre-empted the plane’s arrival by talking about Turkey’s start-up of a recruitment operation in Syria for its followers in Yemen.

Turkey later announced that it would send aid to Marib, the al-Islah’s stronghold, in a sign of its transfer of aid from Aden, although the Turkish Red Crescent is still active in several areas under control of the UAE-backed Southern transitional Council.

According to the Turkish Red Crescent, it has distributed humanitarian aid in Ja’ar and Zinjibar districts in cooperation with local organizations.

Aden has been witnessing the worst humanitarian disaster with the corona epidemic and the spread of fever, which has left thousands of victims in the midst of intense secrecy by local parties to the conflict.

By preventing Turkish aid, Saudi Arabia is trying to clamp down on the STC and prevent the city from recovering from its ordeal amid coalition silence.