Rouhani: Iran’s steadfastness made US back off 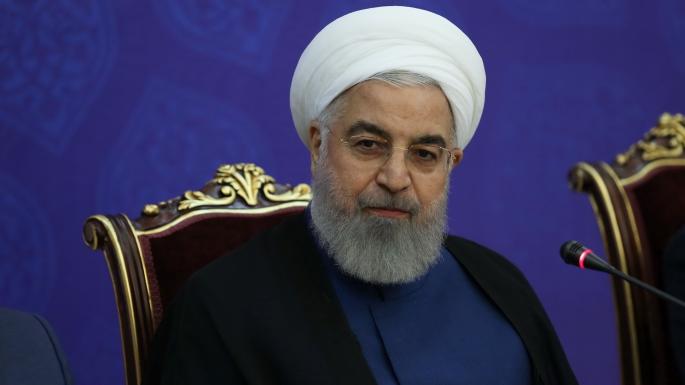 SANAA, June 2 (YPA) – Iranian President Hassan Rouhani hailed the steadfastness of the Iranian nation in its tough battle against the United States over the past year, saying standing against Washington’s pressure caused it to back down from its previous position of seeking to topple the Iranian government.

“For months and days, the Iranian nation went through some tough times against the enemies relying on its steadfastness which forced the enemies to retreat step by step,” said Rouhani in a Saturday speech to a group of Iranian athletes in Tehran.

According to Press TV, The comments came days after US President Donald Trump said in Japan that his administration was not looking for a “regime change” in Iran.

That came despite previous assertions by Trump that his main intention from imposing a series of illegal sanctions on Iran was to force the country to bow to US pressures.

Rouhani said Iran will certainly win the current battle against the United States relying on the “unity and solidarity” of the people.

“If we resist with hope in the war with the US, we will win,” he said, adding that Washington, once seeking to “destroy” the Islamic Republic, is now saying it does not want to do anything to harm it.

Elsewhere in his remarks, Rouhani reiterated Iran’s position on resuming talks on the nuclear case, saying Tehran will never accept to be bullied into such talks.

“We support logic and negotiation if (the other side) sits at the negotiating table and fully respects and follows international regulations, not if it issues a decree to negotiate,” he said, adding, “In that case we will not buy it”.

Abdul Salam: Organizations of Mecca Summits are “a farce” run by Kushner