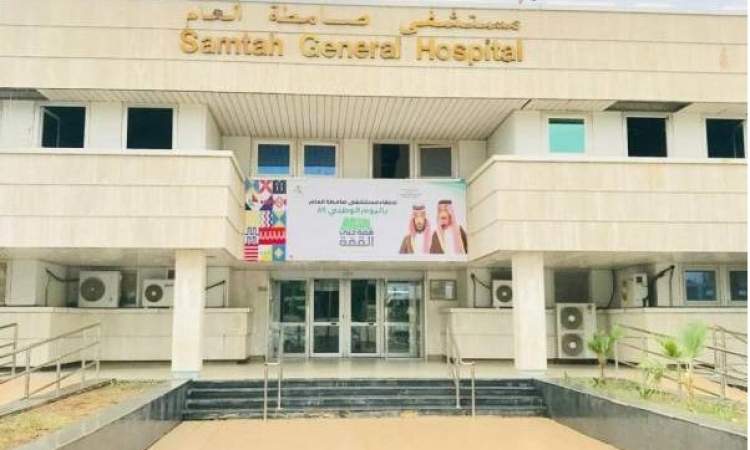 JIZAN, Dec. 08 (YPA) – Officials at the Saudi Samtah General Hospital in the Jizan region, southern Saudi Arabia, stopped dispensing treatment for a Yemeni child who suffers from brain atrophy. The child is from the Hiran district, north of Hajjah Governorate. His treatment was scheduled by the hospital following his birth in early 2019.

According to Yemen News Portal, The child is the son of Ahmed Omar Ahjaf, a Yemeni soldier for the US-Saudi coalition. He was stationed in camps on the Kingdom’s southern border to defend against attacks by Sana’a forces.

Ahjaf said that the Samtah Hospital administration refused to treat his child with “Rivotril,” a drug used for the treatment of brain atrophy caused by Intracranial lipomas.

Since 2018, Ahjaf has been a part of the 105th Infantry Brigade of the Fifth Military Region near the southern border of Saudi Arabia. Despite his status as a soldier for the US-Saudi coalition, the hospital refused to continue his child’s treatment.

Ahjaf added that he was unable to treat his son because the healthcare procedure is exclusive to government health authorities, and it is not available in clinics and outpatient pharmacies.