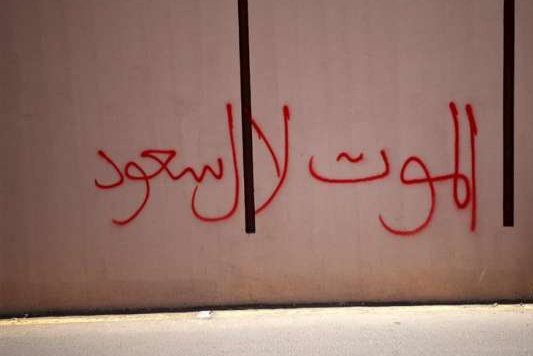 SANAA, Nov. 13 (YPA) – Activists circulated on social media video clips of mass demonstrations, have been carried out by the people of Najran and Jizan, against the Saudi regime for the past two days.

The videos showed the demonstrators chanted Death to Al Saud.
Activists said that the demonstrations took place inside King Khalid University in Najran, as well as the area of Qatif.

The demonstrations come in light of the increasing severity of repression practiced by the Saudi regime, during the era of Mohammed bin Salman, as the Saudi regime shows hysteria against critics, reaching the point of imprisoning tweeters for a period of up to 45 years, as happened yesterday with the Saudi activist “Noura Bint Saeed Al-Qahtani,” along with dozens of tweeters who were sentenced to no less than 15 years in prison, against the background of opinion publications on social media.