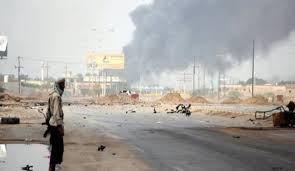 HODEIDA, Nov. 03 (YPA) – The Liaison and Coordination Officers Operations Room to monitor the violations of Sweden agreement in Hodeida province recorded 67 violations committed by the Saudi-led coalition forces during the past 24 hours.

The violations included the creation of new combat fortifications in al-Jabaliya and Maqbna areas, and three sorties of spy planes in the airspace of Al-Jabaliya, as well as three breaches by firing four artillery shells and 53 others with various gunshots, according to the operations room.

#Breaking | #Zionist media: At least one rocket was launched from #Gaza towards the settlements adjacent to the Strip