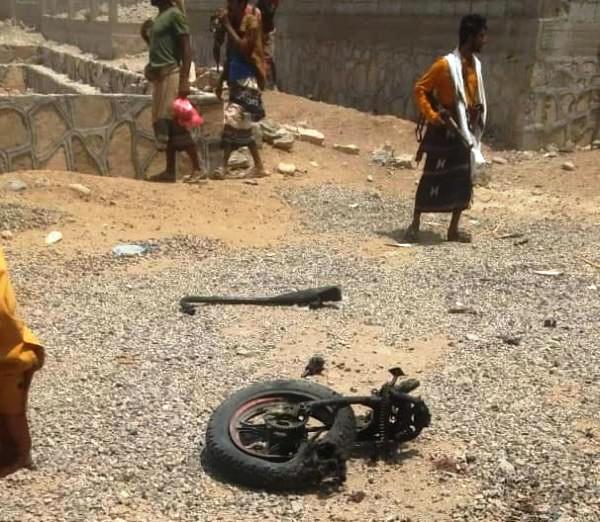 According to the sources, a bomb inside a motorcycle exploded and targeted the convoy of Mohammed Abdullah Samgha, the commander of security belt forces’ sector in Al-Wadheea area, as he was passing at the entrance to the city of Lawdar.

No casualties have been reported so far, the sources said.

The UAE-backed militia launched a massive arrest campaign against citizens who were there near the scene of the explosion and subjected them to investigation, the sources added.