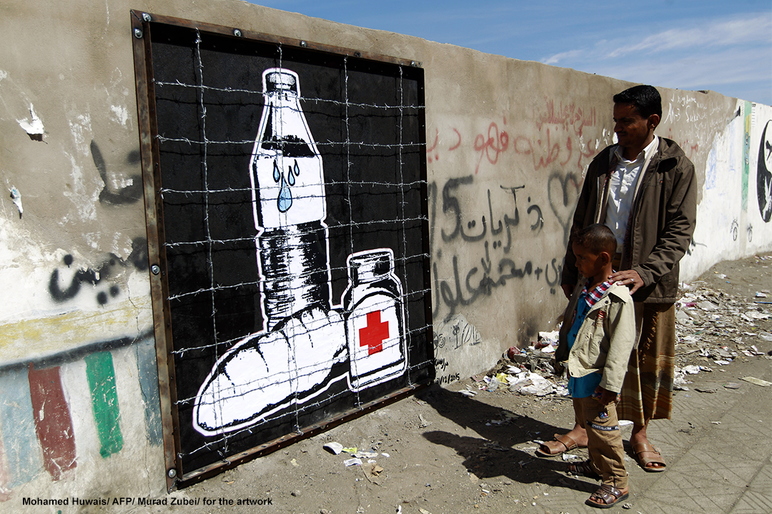 SANAA, Sept. 23 (YPA) – The naval blockade imposed on Yemen by a Saudi-led coalition has substantially contributed to pushing Yemeni civilians into starvation and can be considered torture, the World Organisation Against Torture (OMCT) said in a report published on Thursday.

“The tens of thousands of civilians who die due to malnutrition, waterborne diseases, and the lack of access to healthcare are no collateral damage of the conflict”, said Hélène Legeay, legal director at OMCT’s Middle East and North Africa office.

She added, “The blockade threatens to plunge the country into famine and violates international norms, including the United Nations Convention against Torture.”

In December 2020, the United Nations recorded 131,000 deaths due to a lack of food, health services, and clean water. In July this year, the World Food Programme estimated that almost one Yemeni out of three – 19 million people – were food insecure, with 3.5 million acutely malnourished.

The report, titled Torture in slow motion, demonstrated that the stringent controls imposed on the maritime imports to the “Houthi-controlled” north of the country, which hosts 70% of Yemen’s population of 30 million, plays a crucial role in this devastation. Yemen imports 90% of its needs – food, fuel, and medicines.

“The Coalition’s searches have not led to any discovery of weapons “, said Legeay. “Instead, restrictions on fuel imports, in particular, keep having a knock-on effect on the provision of food, drinking water, and healthcare.”

The report argued that Coalition member States, particularly Saudi Arabia and the UAE, could be held responsible, leading to international criminal liability for their agents. The same goes for their accomplices, States and private companies that supply arms and thus play a crucial role in compounding the situation.

The report called for an end to the blockade, international scrutiny of these crimes, the punishment of perpetrators, and collective reparations to the Yemeni people.