324 civilians killed, injured by mines and cluster bombs since start of truce 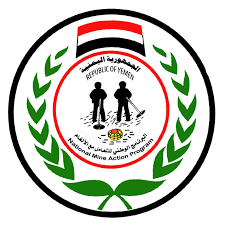 SANAA, Sept. 17 (YPA) – The Executive Center for dealing with mines confirmed that 324 civilians were killed and injured as a result of mines and cluster bombs from the remnants of aggression since the truce started on April 2, 2022.

The center said in a statement received by the Yemeni news agency (Saba) a copy of it, that since the beginning of the truce, 108 citizens have been recorded killed and 216 injured by mines, cluster bombs and other remnants of war.

It pointed to the increase in casualties due to the remnants of war due to the expansion of pollution and the return of displaced people to their areas, while it was expected that there would be humanitarian treatments during the truce in terms of providing mine detectors and necessary supplies to the Executive Center.

The center renewed the demand to provide field supplies to carry out activities to clear areas in Yemen of mines and cluster bombs.

According to the center, cluster bombs had the largest share of casualties as a result of their widespread spread by airstrikes, with the death toll reaching 75 citizens, including 18 martyrs and 57 injured.