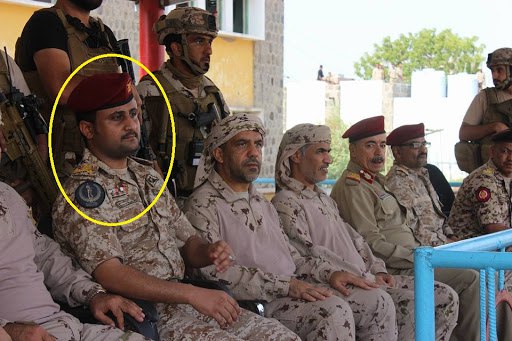 ADEN, June. 23 (YPA) – The UAE-funded Southern Transitional Council (STC) accused on Thursday prominent leaders loyal to the outgoing president of Hadi” of being behind the assassinations in the city of Aden.

The so-called “anti-terrorism” of the “STC” led by Shallal Shaye published a video including confessions of what it described as the “assassination cell” that targeted the leader of the Anad axis, Thabet Jawas al-Radfani, on March 23, near Al-Yamda station in the Green City, which it said had been directed by the Commander of the Transportation Brigade, Amjad Khaled, and Mohammed Al-Maysari, brother of the former “Hadi” Minister of Interior, Ahmed Al-Maysari.

Shaye demanded the STC’s Aden Prosecution to issue an arrest warrant against the accused, who are allegedly in Taiz.

This came after the leaking of an audio recording of the Hadi’s former Interior Minister, Ahmed Al-Maisari, who accused the UAE and the “STC” of being behind the assassinations in the city of Aden, including the commander of the “First Brigade Support,” Munir Mahmoud Al-Yafei, known as “Abu Al-Yamamah” in early August 2019, inside Al-Jalaa camp in Aden.