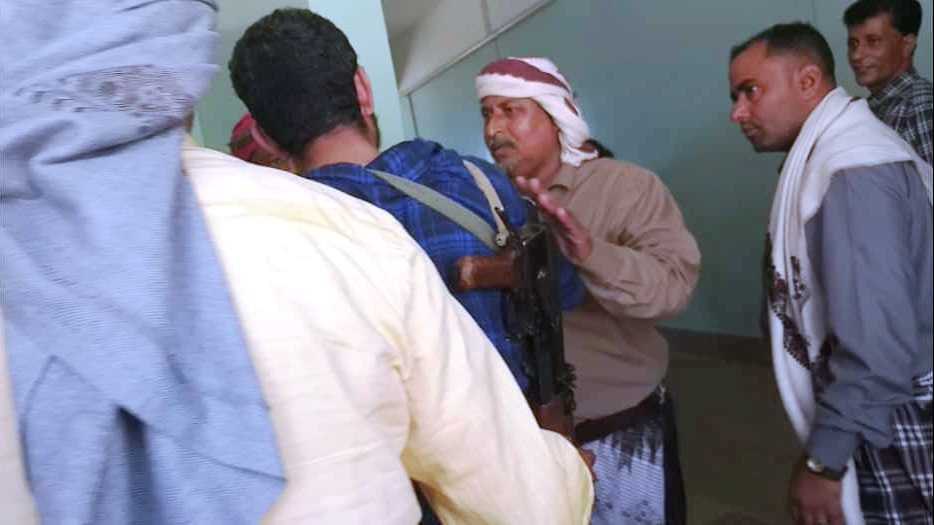 SOCOTRA, May 24 (YPA) – The UAE-backed militia kidnapped on Tuesday a director of the Islah-appointed governor’s office on the island of Socotra.

Media sources affirmed that armed elements affiliated with the commander of the UAE militia, Ali Al-Diksmi, kidnapped the director, Mahdi Salim Abdullah Mohammed, in the city of Hadibo, the center of the island, and took him to an unknown destination.

A document revealed that the kidnapping of Mahdi Selim came under the directives of the head of the UAE-backed Southern Transitional Council’s branch on the island, Raafat Al-Thaqali, and an investigation with him.

This comes after those elements stormed, during the last hours, a virtual meeting of a number of members of the local council on the island with Socotra governor Ramzi Mahrous via the “Zoom” application.

Meanwhile, the Director of the Works Office on the island, Abdul Salam Al-Jumahi, called on the Riyadh-formed Presidential Council to intervene to stop the chaos and barbarism that the island is suffering from.