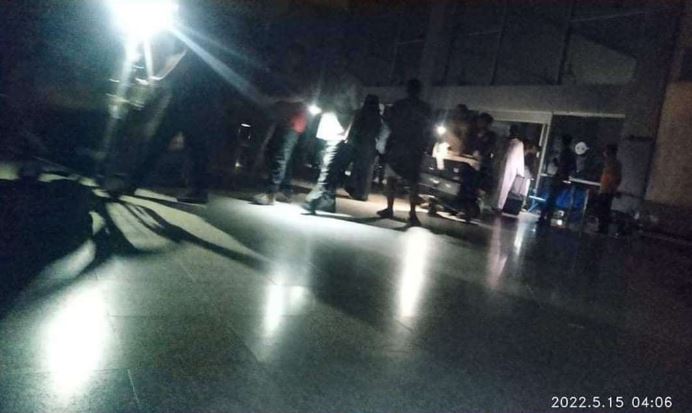 ADEN, May 18 (YPA) – Activists circulated on social media Tuesday a ridiculous picture from inside the halls of Aden International Airport.

Photos circulated by activists on social media show the power outages at the halls of the airport after a flight arrived in a shocking scene that has not been seen before, which indicated indicating the irresponsibility of the UAE-backed Southern Transitional Council (SCT)’s leadership.

Passengers use their phones during frequent power outages at the airport to identify their escorts and search for their luggage.

Meanwhile, maritime sources reported that the runway was in a catastrophic situation, causing the aircraft tires to explode during the take-off and land down, in a deliberate disregard for the airport’s management of the lives of passengers.