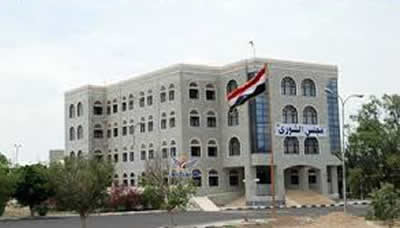 SANAA, May 13 (YPA) – Shura Council strongly condemned on Friday the heinous crime committed by the Saudi border guards against 25 Yemeni citizens in Al-Raqwa area of Munabih border district in the Saada province.

The council in statement that the Saudi regime used all kinds of torture and criminal methods against the citizens, which resulted in the killing of seven citizens, as a preliminary result.

The statement considered the successive crimes and criminal acts by the Saudi regime against the Yemeni people, a flagrant violation of international and humanitarian covenants and covenants that criminalize such acts.

It indicated that the Saudi regime, backed by the United States, transgressed with its bloody crimes and the brutal methods that reveal every day its ugly face and thirst for the systematic shedding of Yemeni blood.

The statement held the United Nations and its affiliated organizations criminally and legally responsible for their shameful silence regarding the crimes of murder, destruction and siege against the Yemeni people by the Saudi regime, which amount to war crimes.