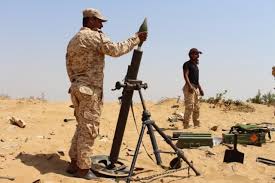 SANAA, May 12 (YPA) – The Saudi-led coalition has continued to violate of the UN-sponsored humanitarian and military truce, recording 132 breaches during the past 24 hours.

A military source in Sanaa stated that the violations represented in 51 flights of armed and spying reconnaissance aircraft over the airspace of the governorates of Marib, Hajjah, Al-Jawf, Saada and Taiz, Bayda, Dhalea, and the fronts beyond the border.

The source confirmed that 3 violations of the coalition forces were established by creating combat fortifications in the vicinity of the city of Marib, and Hairan area of Haradh district in Hajjah, in addition to 12 breaches by artillery shelling on the Sanaa military sites in the province of Hajjah, Jawf, Saada, Jizan and on the fronts beyond the border.

He also recorded 66 breaches by shooting at citizens’ homes and other military sites in the governorates of Marib, Saada, Hajjah, Dhalea, Jawf, Bayda.

For the past 40 days, the coalition forces has violated the truce in Yemen with 3,959 times.