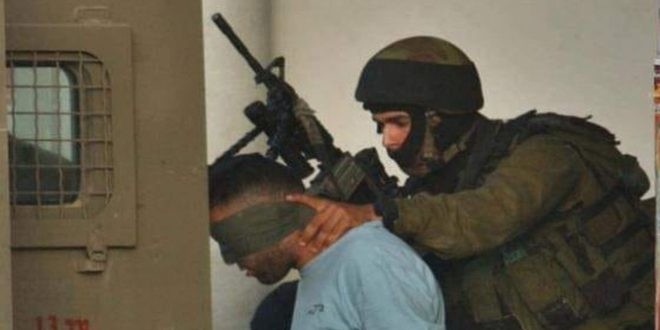 SANAA, May 12 (YPA) – Israeli occupation forces launched on Thursday an arrest campaign against Palestinians in various areas of West Bank.

The Palestinian Agency “WAFA” mentioned that the occupation troops stormed area in occupied Al-Quds and , arresting five Palestinians and they also raided Hebron and captured another one.

On Wednesday, the occupation troops arrested about 50 Palestinians in separate areas of the West Bank.