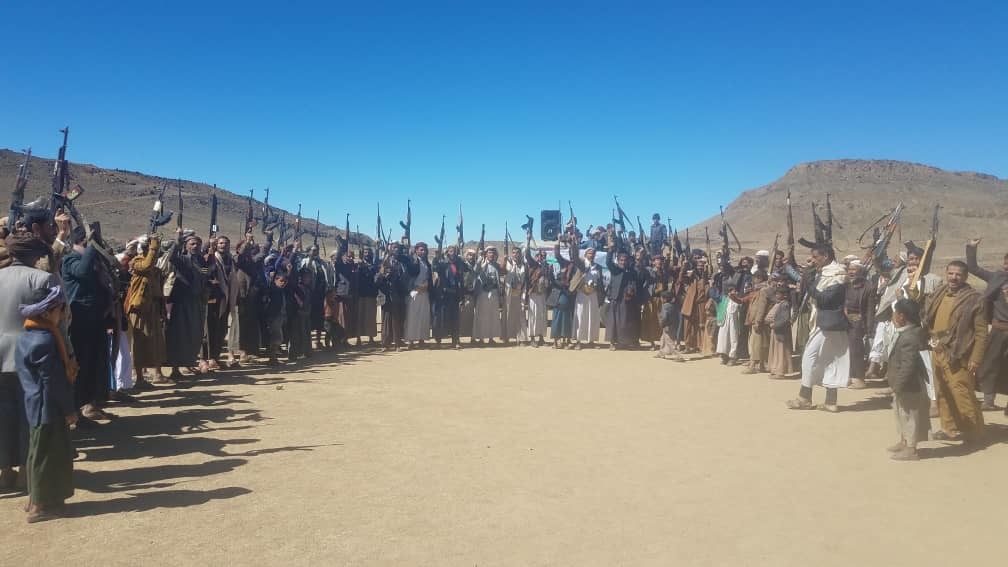 SANAA, Jan. 27 (YPA) – Two protest rallies were organized on Thursday in Al-Tayal district of Sanaa province to condemn the crimes and escalation of the US-backed Saudi-Emirati coalition against citizens.

Dozens of participants also denounced the continued international silence to cover the the coalition’s crimes and siege imposed on the Yemeni people.

They stressed the importance of strengthening steadfastness and cohesion to thwart the schemes of the aggression states and confront the occupation projects in Yemen.

The tribes praised the military operation by the Yemeni missile forces that targeted the Emirati and Saudi depths, as part of the legitimate response to the escalation and crimes against Yemenis.