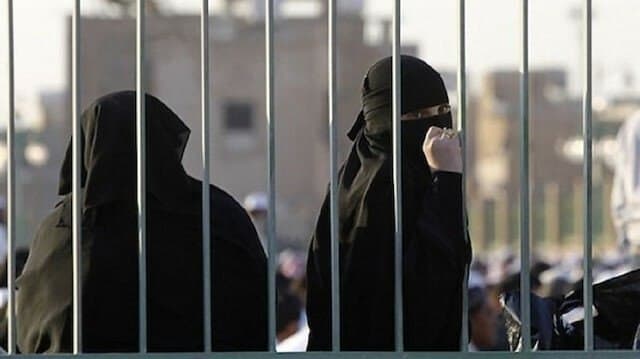 SANAA, Jan. 08 (YPA) – About 60 female political detainees are suffering from tragic conditions in several prisons run by Saudi authorities, without taking into account their humanitarian and health needs.

Sanad human rights organization revealed in a statement that the Saudi security arbitrarily arrested 12 women during a campaign targeting human rights activists in 2021.

The statement stressed that the Saudi regime’s arrest of girls and women for their peaceful activities is evidence of the lack of justice and human rights.

The report also said that the Saudi authorities have deprived the freedom of dozens of female prisoners of conscience, on malicious charges, based on their peaceful activism or expression of opinion.

The organization reported that 56 female prisoners of conscience in prisons, out of 109 who were imprisoned during the past years.

“Dozens of female detainees of conscience face grave violations, most notably the denial of visits, the appointment of a lawyer, and enforced disappearance, as well as psychological and physical torture, and lonely confinement.”

Meanwhile, “Prisoners of Conscience” in the Kingdom of Saudi Arabia said on Twitter that female detainees in the “Al-Tarfaya Prison had serious illnesses due to the prison administration’s intentional imposition of a policy of health neglect against them.