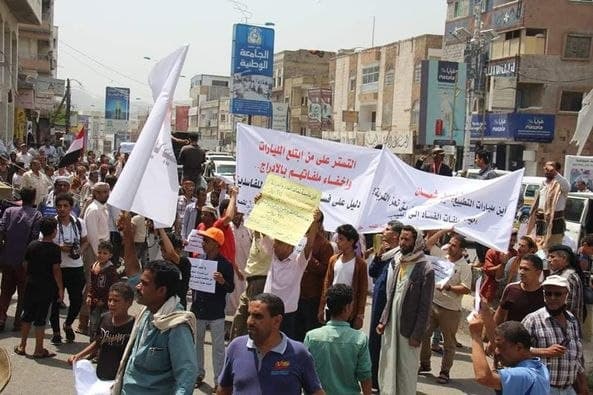 TAIZ, Oct. 15 (YPA) – Hundreds of the city’s residents called for on Friday in a protest rally Taiz governor, Nabil Shamsan, appointed by the Saudi-exiled Hadi government, to resign.

In the rally, the protesters protested against the deterioration of the local currency and the rise in prices food and oil derivatives.

The local currency continues in low against the foreign currencies, in a major collapse, accompanied by a rise in prices in the occupied provinces, which are under the control of the Saudi-led coalition.