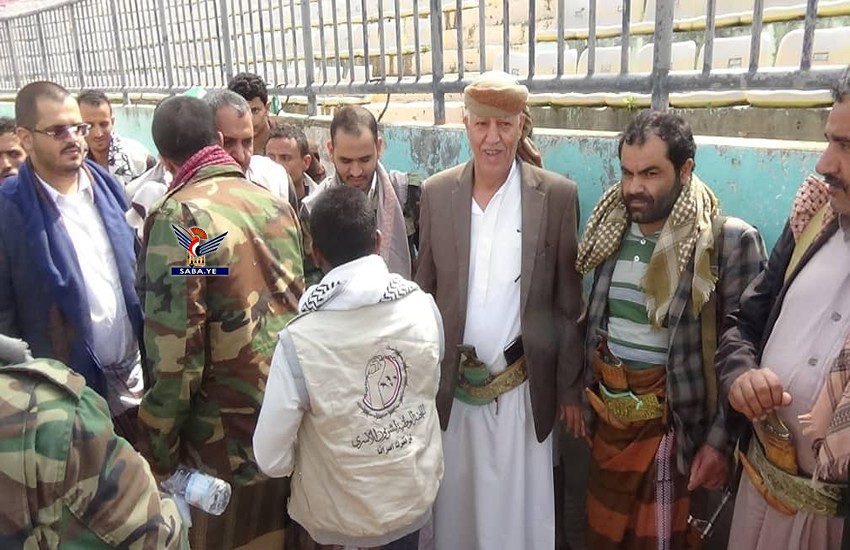 During the reception, Abdual-Wahid Salah praised the prisoners sacrifices in various fronts and confirmed the interest of the revolutionary leadership, the Supreme Political Council and the local authority in releasing all the prisoners, caring for the wounded and the families of the martyrs.

On the other hand, the released prisoners expressed their thanks, affirming continuing the steadfastness against coalition until achieving the victory and preparedness and readiness to return to the fields of championship and glory after visiting their families and relatives.

The governor gave sums of money to the prisoners in return for their sacrifices in defending the country and their suffering during the period of captivity in the prisons of aggression mercenaries.