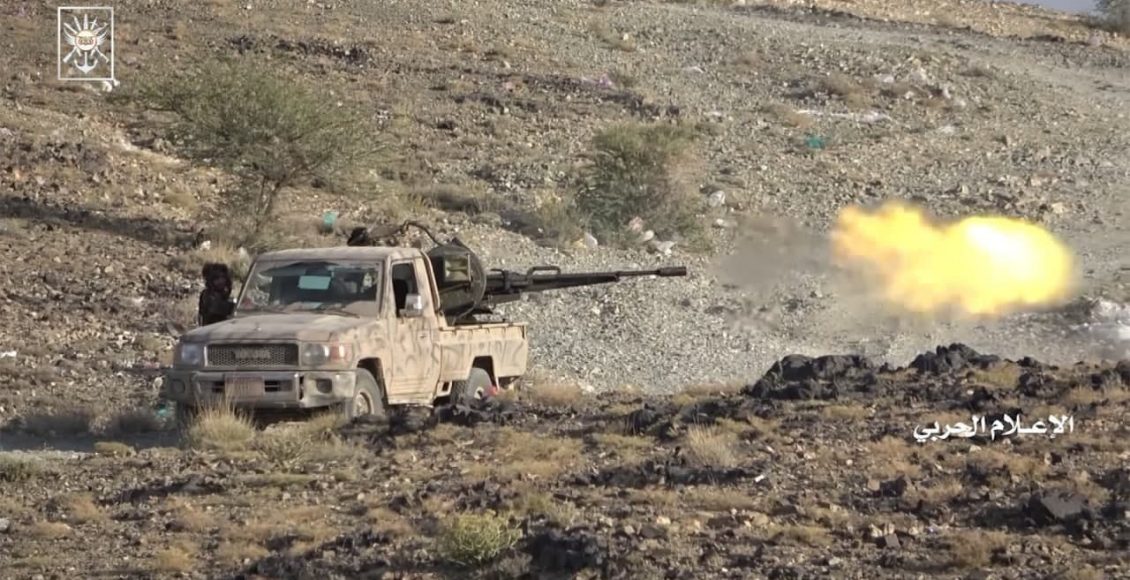 BAYDA, Jul. 07 (YPA) – The military media of Yemeni army on Wednesday has released video footage showing the army and popular committees launching two military operations in Bayda province, during which they managed to restore a number of military sites, killing and wounding dozens of Takfiri elements.

The scenes showed the army forces repelling a large-scale attack launched by Al-Qaeda and ISIS elements hired by Saudi-led coalition in Al-Zahir and Al-Sawma’ah districts.

The army’s counterattack inflicted significant losses on the coalition forces and their allies of Al-Qaeda and ISIS terrorist fighters.

According to the military media, the army forces were able to secure and restore several positions in the Al-Zahir and Al-Sawma’ah districts, amid continued progress and rapid collapses of the coalition forces in addition to al-Qaeda and ISIS elements.

According to a military source in the military media, the operations resulted in the death and wounded of more than 100 coalition forces, including leaders from al-Qaeda and ISIS, in addition to the destruction of many military vehicles.