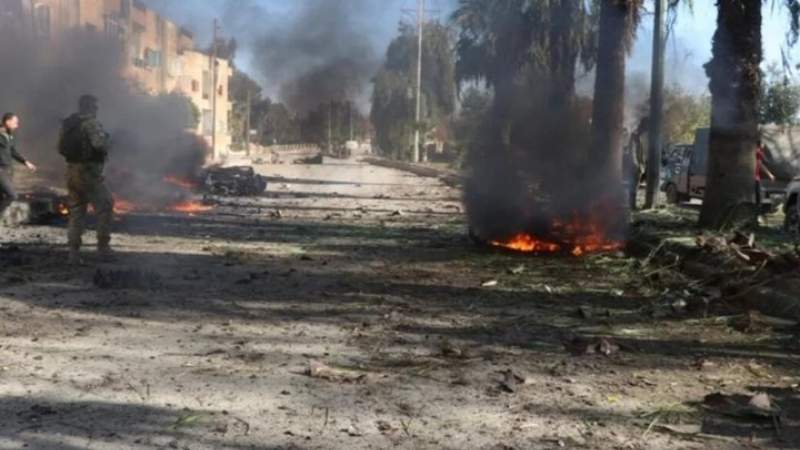 Homs Governor Bassam Mamdouh Barsik said in a statement that “at about 09:30 p.m., a terrorist bombing with an explosive device took place in Karm al-Louz neighborhood which is inhabited by displaced citizens from Raqqa and al-Sikhnieh which led to the injury of eight citizens including children and women.”

He added that among the injured a girl whose condition is critical, and the injured were rushed to “al-Bassel Hospital in Karm al-Louz neighborhood, and they are being treated by the medical staff and some of them have been discharged from the hospital.”

#Breaking: A citizen was wounded in #Saudi artillery attacks on #Saada