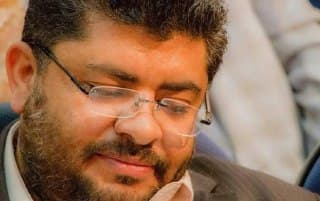 SANAA, Jun.09 (YPA) -Mohammed Ali al-Houthi, a member in the Supreme political Council  has commented on the US announcement to stop its military support for the Saudi-led coalition in Yemen.

“Amongst the instructions followed in the arms sale of the US weapons is that they should only be used with their permission,” Mohammed al-Houthi tweeted.

“[Only] when the bombing by American and other weapons ceases, we will know that the direction of the United States has been implemented,” he explained.

On Tuesday evening, the White House claimed that it had directed the suspension of US support for Saudi-led offensive military operations in Yemen, but still will continue to provide military and training advice outside of combat roles.