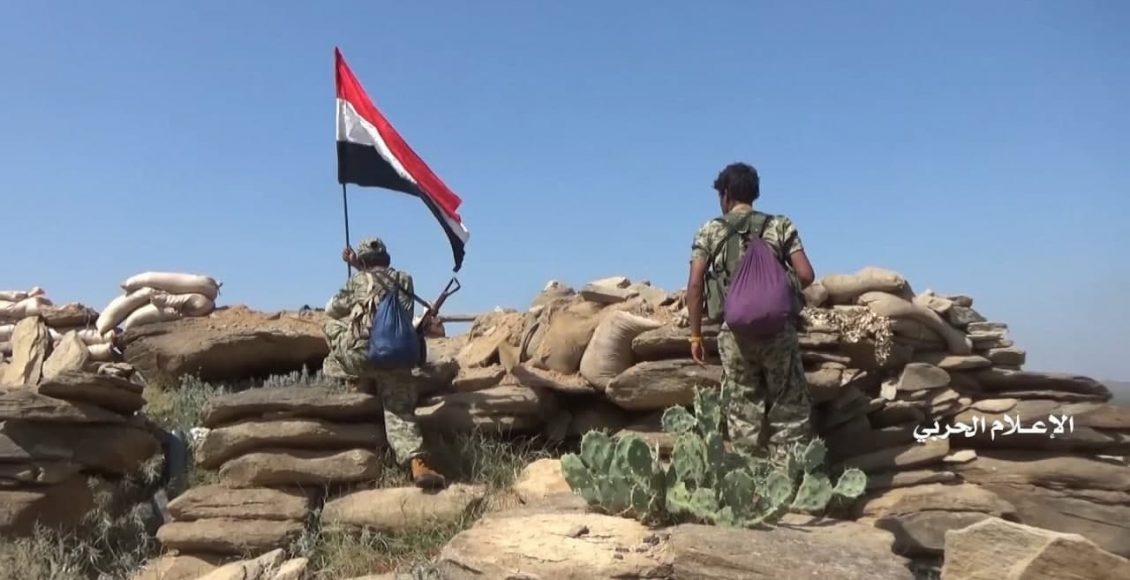 JIZAN, Jun.01 (YPA) – The military media of the Yemeni army has on Monday released video footage showing the Yemeni Amy launching an offensive against Saudi military positions in Jizan region, in the southwest corner of Saudi Arabia.

The new footage is a part of a large-scale offensive.

The army and Committees launched a large-scale attack against dozens of Saudi army positions near Dood, Rumaih and the Jahfan Mountains in Jizan region, a military official said.

According to the official, more than 30 positions in the Jizan axis were liberated in the operation.

The attack inflicted heavy casualties on the enemy’s ranks, in which the Yemeni army forces were able to destroy and burn 32 armoured vehicles, including a military bulldozer.

Over 70 Saudi-led mercenaries were killed and wounded, including dozens of Sudanese, the official said.

The video shows a large number of mercenaries who were killed and wounded. Dozens more of the enemy’s mercenaries were captured during the operation.

The Yemeni army seized extensive amounts of weapons, ammunition and military vehicles during the attack.

Israeli occupation notifies Palestinians in Ramallah of demolishing their homes