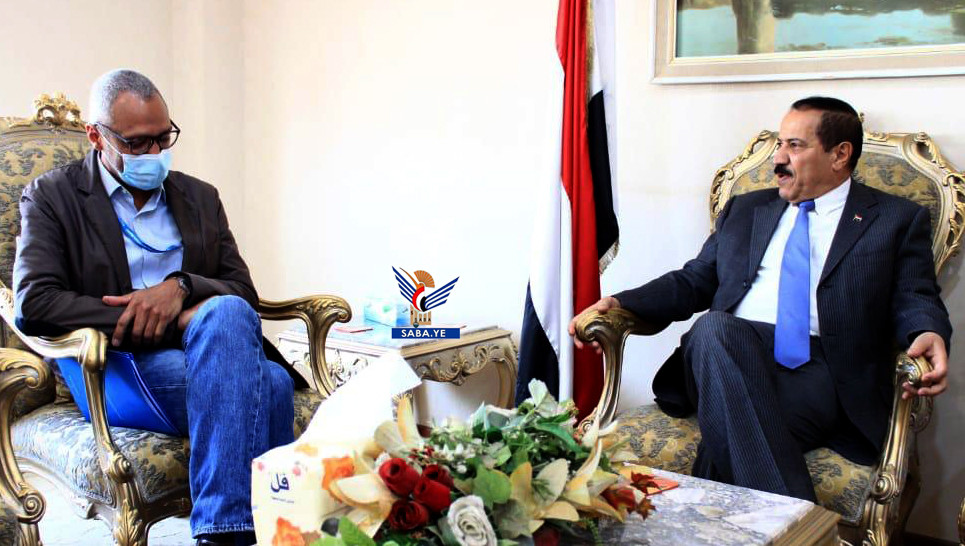 SANAA, Feb. 27 (YPA) – Foreign Minister Hisham Sharaf, discussed on Saturday with Resident Representative of the World Food Program (WFP) in Yemen, Laurent Bukera, the program for the visit of the WFP Executive Director, David Beasley, to Yemen next month.

The meeting touched also on the arrangements for the donors’ conference for humanitarian aid to Yemen, to be held on the first of March in Switzerland.

During the meeting, Sharaf stressed the need to address the issue of the continued blockade on Hodeida port and Sanaa International Airport by the US-Saudi aggression coalition, which has caused great harm to Yemeni people.

He pointed out that the aggression coalition continued to obstruct the entry of oil derivative ships and domestic gas, which threatens to collapse all service sectors, especially the health, water and transport sectors.

For his part, Bukera referred to the efforts made by the program to provide support, particularly in the food side, despite the lack of funding from donors.

He explained that the United Nations, its organizations, programs and agencies rely heavily on the donors’ conference to fill the gap in order to be able to implement its activities and programs in the humanitarian field.