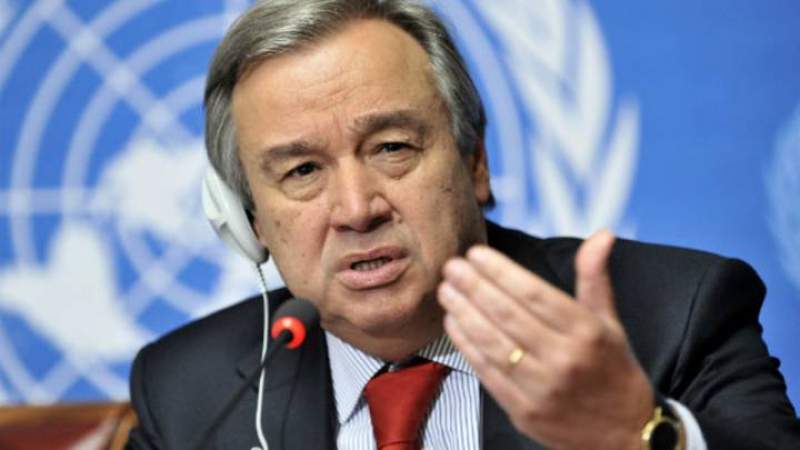 SANAA, June 24 (YPA) – United Nations Secretary-General Antonio Guterres on Wednesday called on the Israeli enemy to abandon annexation plans in the occupied West Bank.
Guterres told the UN Security Council that if the annexation were to be applied, it would constitute a very serious violation of international law.

The Secretary-General of the United Nations added, “I call on the Israeli government to abandon the annexation plans.”

The Prime Minister of the Israeli enemy had announced earlier that he intended to start his annexation plan on the first of next July.