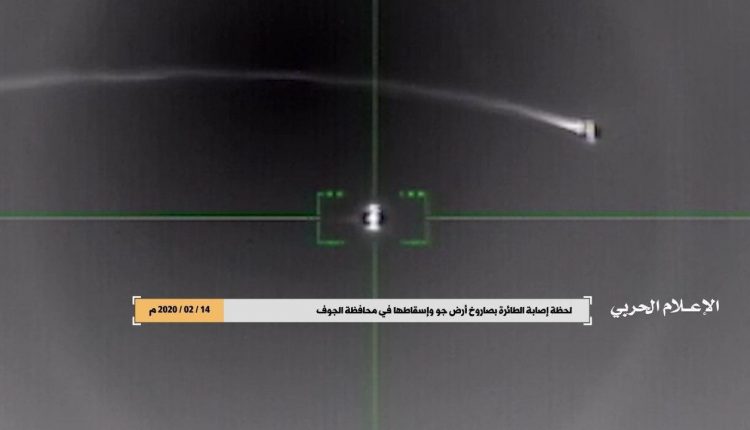 SANAA, Feb. 16 (YPA) – The military media unit of the Yemeni army and Popular Committees released new video footage and thermal scenes showing the moment of monitoring and shooting down of the Tornado warplane by Yemeni air defenses in Jawf on late Friday.

The video footage showed the moment when a surface-to-air missile hit the plane while it was engaging in hostilities over Maslub district of Jawf.

The army’s spokesman Brigadier General Yahya Sare’e confirmed at that time that the air defenses managed to shoot down a Tornado warplane plane belonging to the Saudi-led coalition in Jawf province, using a surface-to-air missile.

This combat aircraft is the third of its kind that was shot down while carrying out hostilities in Yemeni airspace.

Missiles hit US targets in Iraq